Givær is a remote island located 50 km north of the Arctic Circle and 28 km west of Bodø. Givær is Bodø’s westernmost outpost and one of the smallest inhabited islands in Nordland, the local population counts 15. Givær is truly a hidden gem along the Arctic coast of Northern Norway.

Givær is one of the best places in Scandinavia for visitors to experience daily life on a truly remote and traditional island. As soon as you step off the local express boat, you will notice the absence of traffic, people and commerce. There are no roads, no shops and no cars.

Off the beaten track: Givær has never been a big tourist attraction and the locals want to keep it that way. Small groups will always receive a warm welcome. Only a few visitors find their way to this island and its fascinating history. Although tiny, the island’s hospitality and welcome are legendary.

About life on Givær: The express boat is the lifeline of this tiny island community, bringing food and other provisions from the mainland. The island’s children commute to school on nearby Helligvær.

The locals drink seawater treated at a desalination plant, while electricity is produced by a diesel-powered generator. Givær’s residents were evacuated to Bodø during Hurricane Ole in February 2015 when 25 m high waves and strong winds were forecast for the island.

per person
Minimum 4 people.
Check Currency Calculator to convert into your currency. 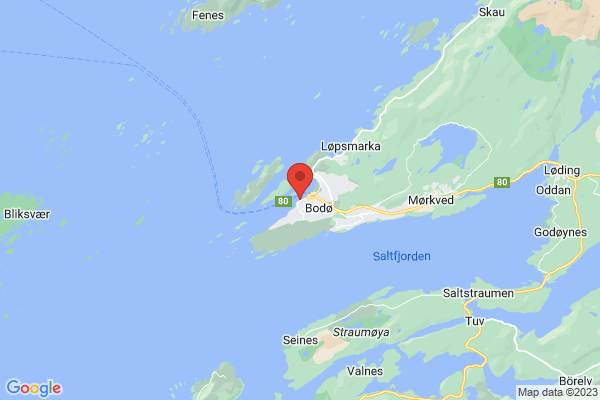 Meet by the Bodø Tourist Information Office. You will be greeted by your guide for the day, who will escort you to the quay. As we need to catch the express boat, it is important you arrive on time. The boat calls at Landegode and Helligvær before arriving at Givær. The guide will tell you about some of the other inhabited and uninhabited islands in the archipelago off Bodø.

Meeting our local guide: On arrival at the quay in Givær, you will meet hospitable locals including our local guide, who will proudly show you around the island. After a short briefing at the quayside about the plans for the visit, we will walk together to the large boathouse where light refreshments will be served.

Short walk on the island of Givær: This promises to be a short walk as the island’s ‘main street’ (a gravel/cart road) is just 250 m long. The island is just 700 m from south to north, while the main island covers an area of just 0.11 km². A chapel and abandoned post office stand on Givær’s highest point.

About life on Givær: You will hear about everyday life here and what makes people live here instead of in the ‘big city’ of Bodø. You will gain an insight into the traditions of collecting eggs and down from the eider duck.

Old buildings dating from 1601: We will visit the old rorbu (fishermen’s cottages) used during fishing in times gone by. These are among the oldest buildings in the municipality with the oldest cottage dating from 1601. You will also visit a wharf loft featuring a well-preserved collection of old nets and fishing gear.

Enjoy a simple but tasty lunch at the local pub. Those who wish may taste traditional food like flatbrød (wafer-thin, crispy bread) and lefse (a thin, folded pastry).

The return trip to Bodø by express boat calls at various island. This varies from trip to trip, but usually includes Helligvær, Landegode and sometimes also Bliksvær. These islands differ markedly from each other. Landegode has an 800 m high mountain, while Helligvær consists of more than 300 smaller islands.

Return to downtown Bodø after a memorable trip.